As I’ve slipped into the heart of middle age, I’ve noticed myself becoming irritatingly susceptible to bouts of nostalgia. The latest episode occurred when, rummaging through some boxes in the basement, I came across the tattered remnants of my once-great record collection.

In the romanticized version of my life, the first record I ever purchased was one that reflected admirably on the sensibilities of a self-styled twelve-year- old tastemaker—something, say, in the vein of the Ramones or the Velvet Underground. Deep down, of course, I’m pretty sure what I bought was inexcusably synth-y, saccharine, bouncy, and very popular.

Now, in fairness, I would go about making up for this initial populist misstep by meticulously assembling hundreds of hard-to- find vinyl records, cassettes, and even, for still-inexplicable reasons, a few eight-track tapes (though I owned no means of listening to them). Finding a great record was always my favorite high.

Snobbish as this sort thing was, my collection was a central part of my identity as a kid. Much of my allowance, and the preponderance of my teenage income, would be plowed into this endeavor, often on “indie,” college rock, and “imports.” The last were records that national chains like Sam Goody’s would sheath in thicker plastic jackets to create the perception of scarcity. They would then charge suckers like me five extra dollars for music that was likely pressed in the same Taiwanese factory as Madonna’s latest record. 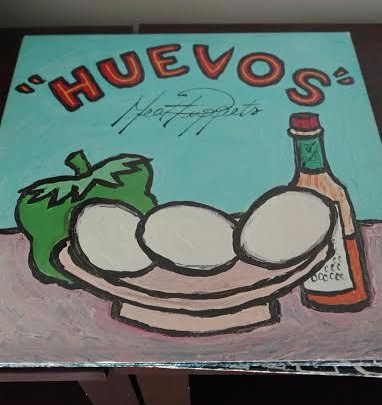 Nevertheless, I eagerly surrendered to the gouging. In some ways I even appreciated it. After all, owning what were ostensibly rare records demonstrated my cultural sophistication—or pretentiousness, depending on how one looked at it. And, admittedly, the only person looking at any of it was me.

Whereas I was intractably lazy as a teenager in almost every consequential way, I never took even take the smallest shortcut when it came to my collection. For example, no singles allowed.

If an artist could muster only one decent song at a time, he might become famous and stupendously rich, but he wasn’t worthy of a place in my milk crates. Nor did I ever slide a “greatest hits” album next to a disc of integrity. Albums, like books, were meant to be cohesive and unique.

Now all that’s left of my efforts can be housed in a single box. Around 20 records, preserved with their scratches, nicks, and frayed corners—my collection was intended to be played, not saved. Funny thing is that I don’t recall ever giving or throwing away a single one of them. Yet the collection has been distilled over two decades of adulthood into 20 of the most important records.

These days, of course, people can listen to virtually anything they desire on any device they want wherever they are and whenever they please. This access to artists, to which I have completely submitted, is astonishing. So I’m certainly not a technophobe. But it doesn’t feel quite like we own music anymore; we’re merely given temporary access to it. I realize it’s irrational and archaic to think this way, but I would never consider myself an “owner” of a book that sits on a device in digital form. A genuine collection is cherished precisely because it’s perishable.

Modern vinyl fans talk about the warmth and the crackling quality of a record. It’s true. There’s that. They tend to emphasize the artistry of the covers. Also true. Records can be beautiful to look at. Some fans talk about how the ritual of extracting them and caring for them is satisfying in ways that opening a “streaming service”—such antiseptic words—is not. True.

My sentimentality is driven by all these things. The ritual, but also the hunt. There was no YouTube. No Spotify. No sampling of songs. With only a few dollars to his name, a curious teen would often make a decision hearing only one song on the radio, or perhaps none at all. Perhaps he had read a glowing review in a rock magazine or caught a snippet of sound on the fringes of the dial. Perhaps he trusted a label because of its immaculate history. He might have seen a band live and been impressed. Or, often, aesthetic clues on the back of the record were too tempting to pass up. I spent many hours of my life holding two records in my hands, weighing which was more deserving of my seven or eight dollars.

Occasionally your record would forcefully exert itself at the drop of the needle, creating immediate euphoria. However, records that didn’t make an immediate impact would still be given full consideration. You sit in one place. You listen to one song and one side at a time. It takes little effort to click past a song or an artist that doesn’t offer you instantaneous musical gratification. Some of the best music needs time to boil. Procedurally speaking, a record demands your attention.

Of course it’d be nice to relive those days. Mostly, I’ve been resistant to the vinyl revival because it reeks of Millennial retro trendiness. Turns out that buying an old record player is now an expensive proposition. I’ll probably give it a shot anyway. The truth is it will likely be a fun hobby, but it’ll never be the same. Not merely because I’ve gotten older and less patient, but because the music-listening experience has been forever altered by technology. There are approximately 8 trillion songs on my phone. And that’s fine. Every generation gets to enjoy its own small pleasures. The record collection just happened to be one of ours. 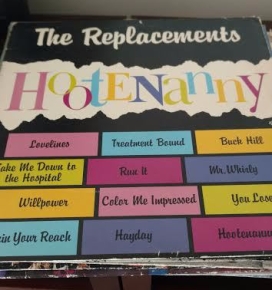 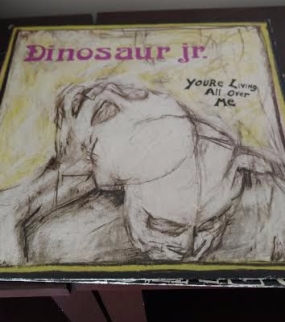